Descending a mountain to climb it again

This work articulates a reflection on the human link to the mountain, a relationship often idealized and sometimes distant.

Twenty-two drawings constellate a larger drawing showing the figure of a passage between two distant places, separated from each other by a mountain. The resulting cartography highlights a natural territory that, unlike the maps made by conquerors and explorers, locates an aesthetic yet intimate journey through a landscape in danger of being conquered by the extractive tourism industry.

Based on my experience as a mountaineer in the high altitude forest region of eastern Patagonia, «Descending a mountain to climb it again» unfolds on paper a journey made in eighteen consecutive days in the high Andean mountains with the minimum resources to leave almost no trace of this transit. The physical and mental difficulties to adapt to the different ecosystemic layers are traversed as a useless enterprise, without a utilitarian profit, in order to just walk.

The two places articulated in the first part of the walk are the city of Bariloche, head of Patagonian tourism in Argentine, and the rural site of Pampa Linda, portal of climbing tourism of Mountain Tronador. The route that joins these two locations is comfortably done in two hours by private cars or specialized automotive transport that skirts the mountain along the lakeshore. For this project, an alternative but direct access route was designed that takes four days on foot and is based on renewable energies, consisting of descending a mountain to climb it again. 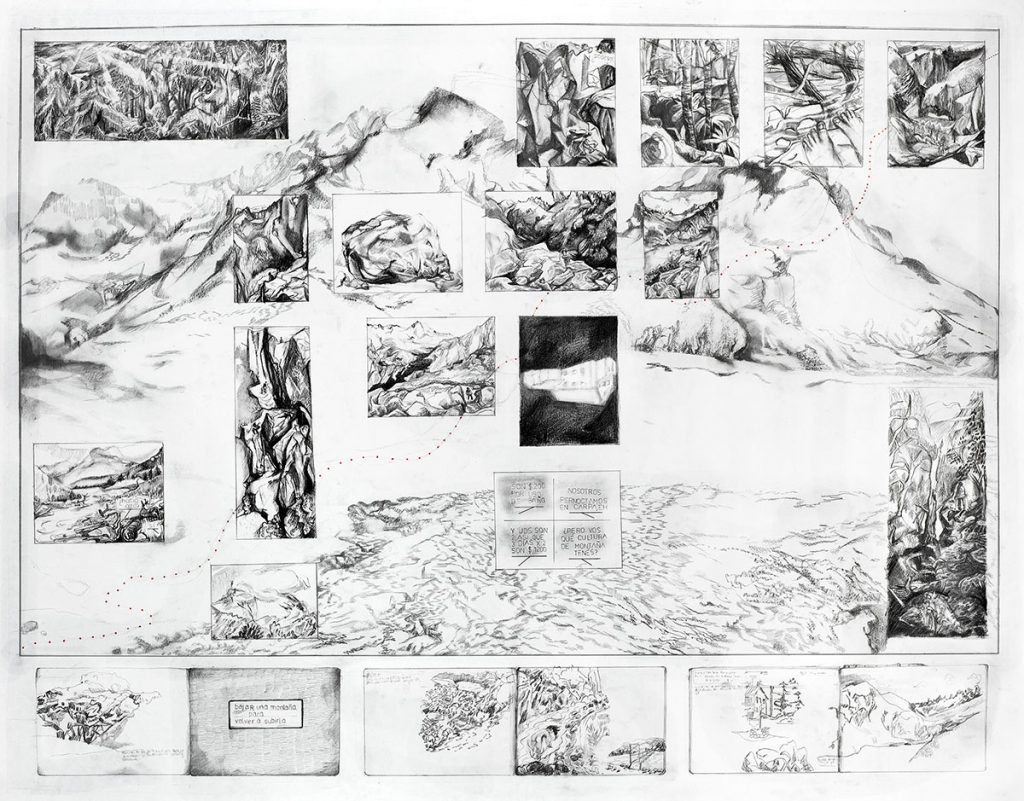 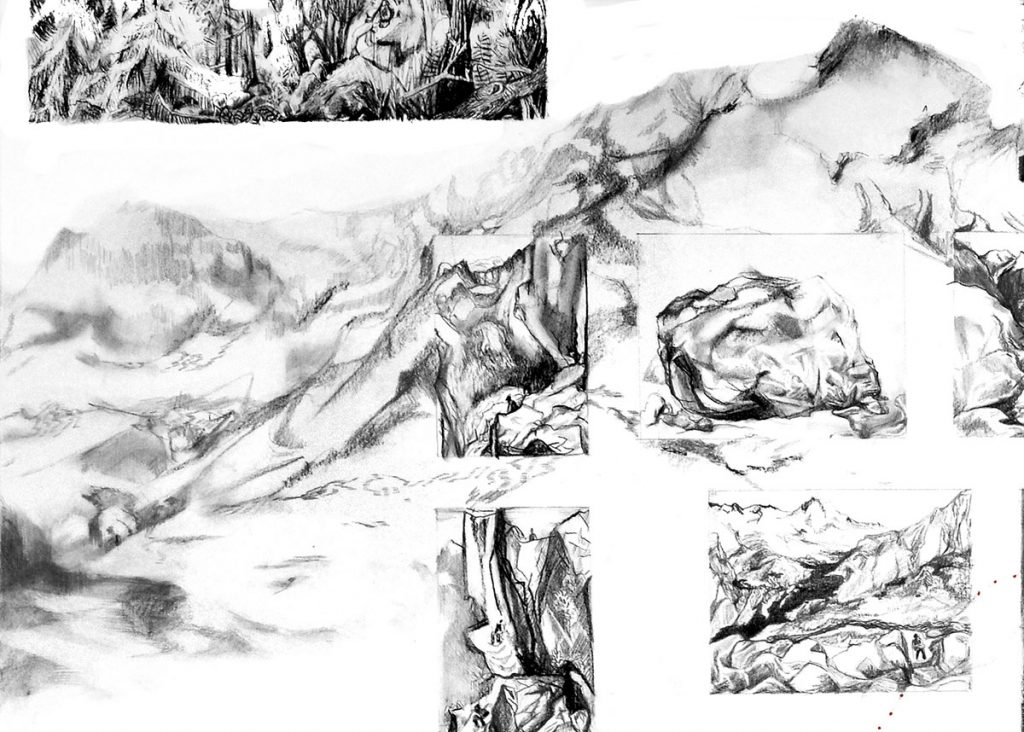 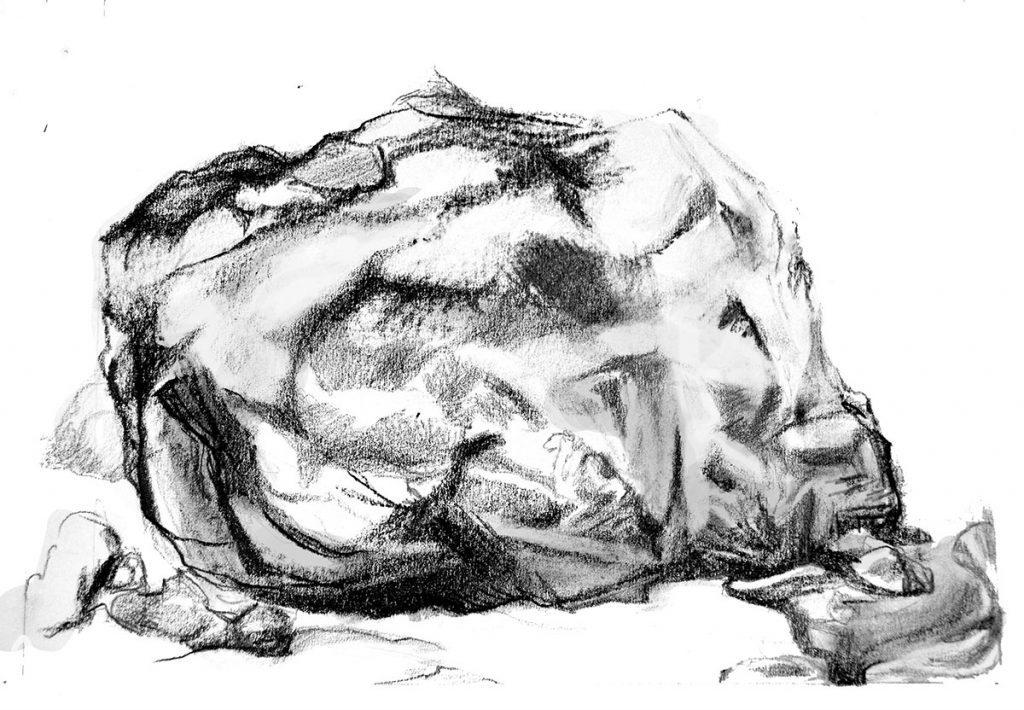 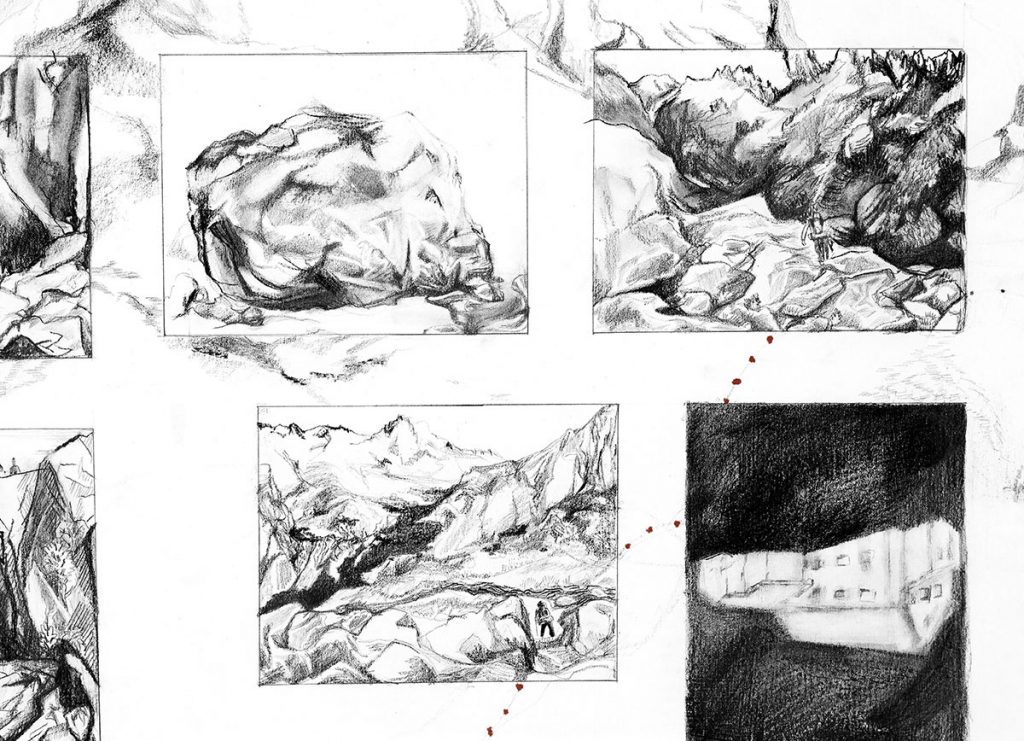 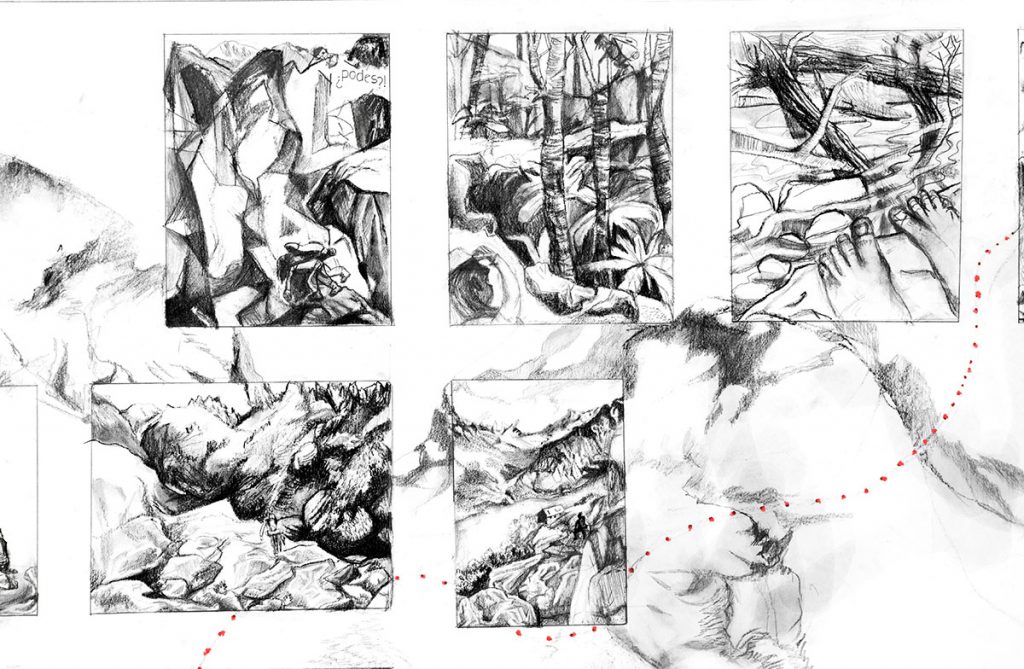 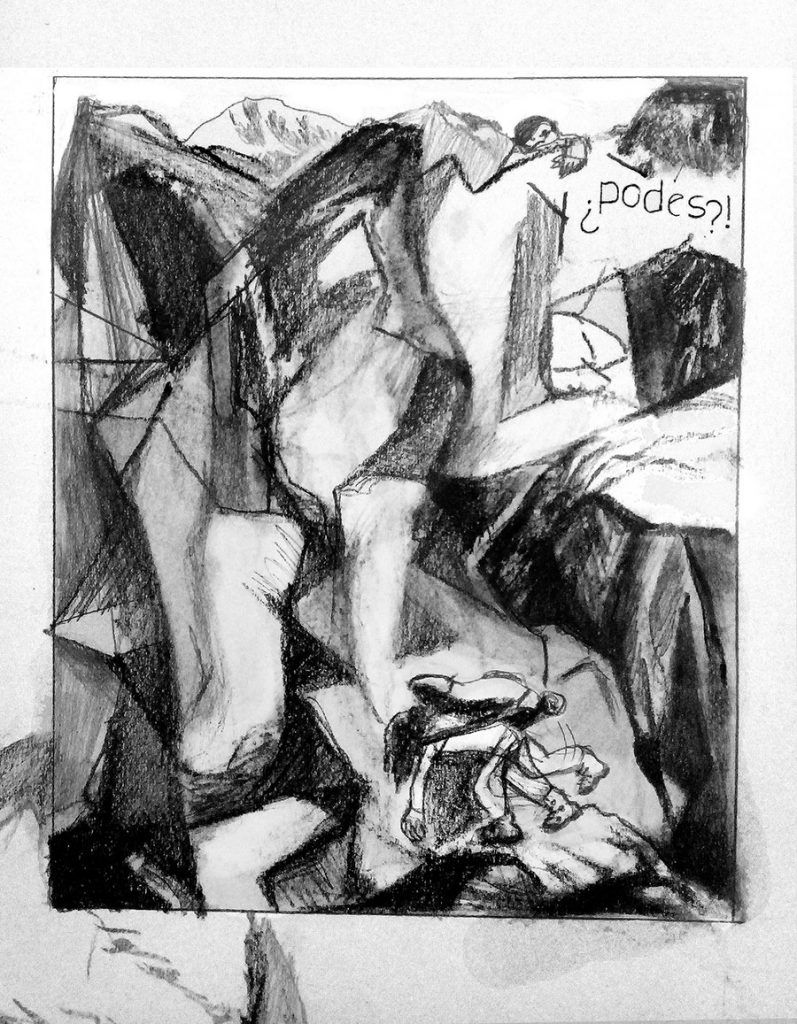 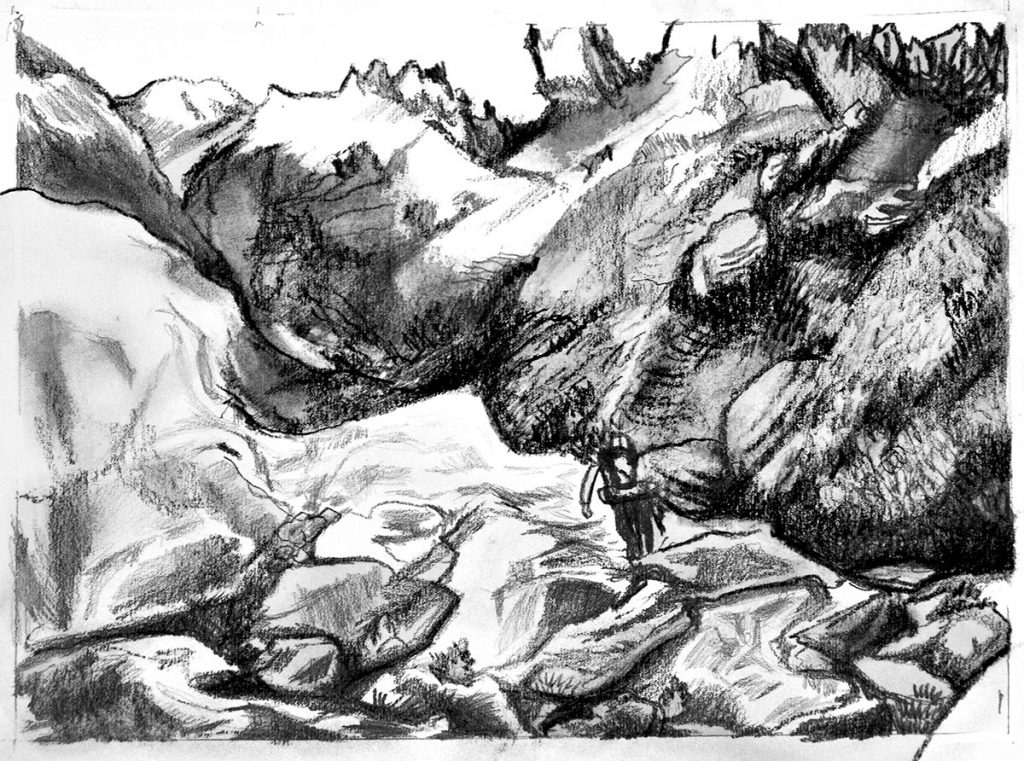 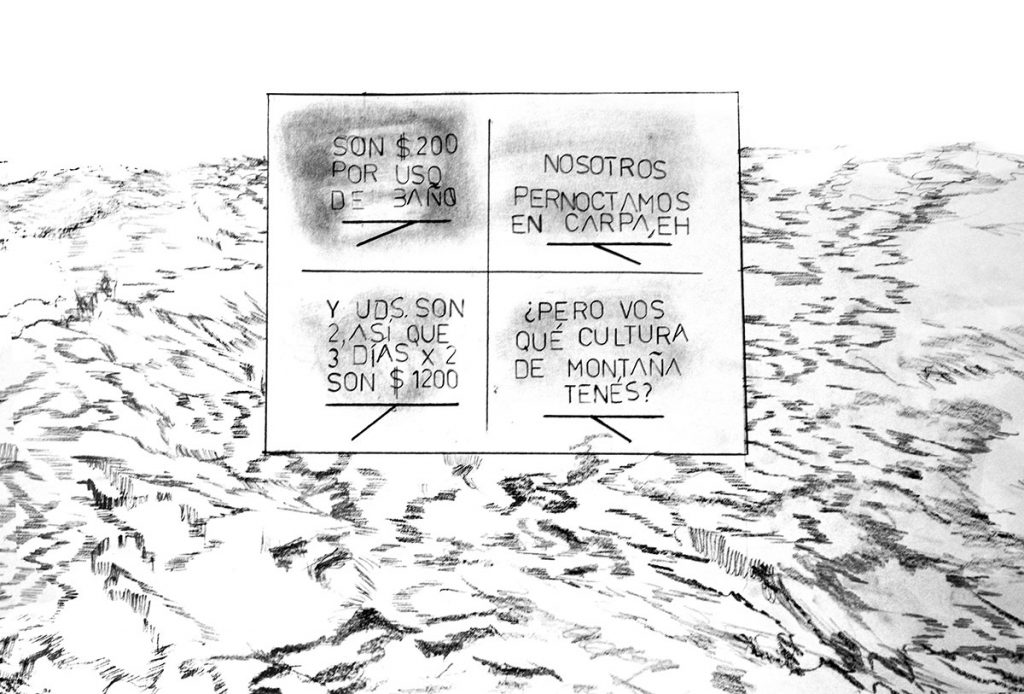 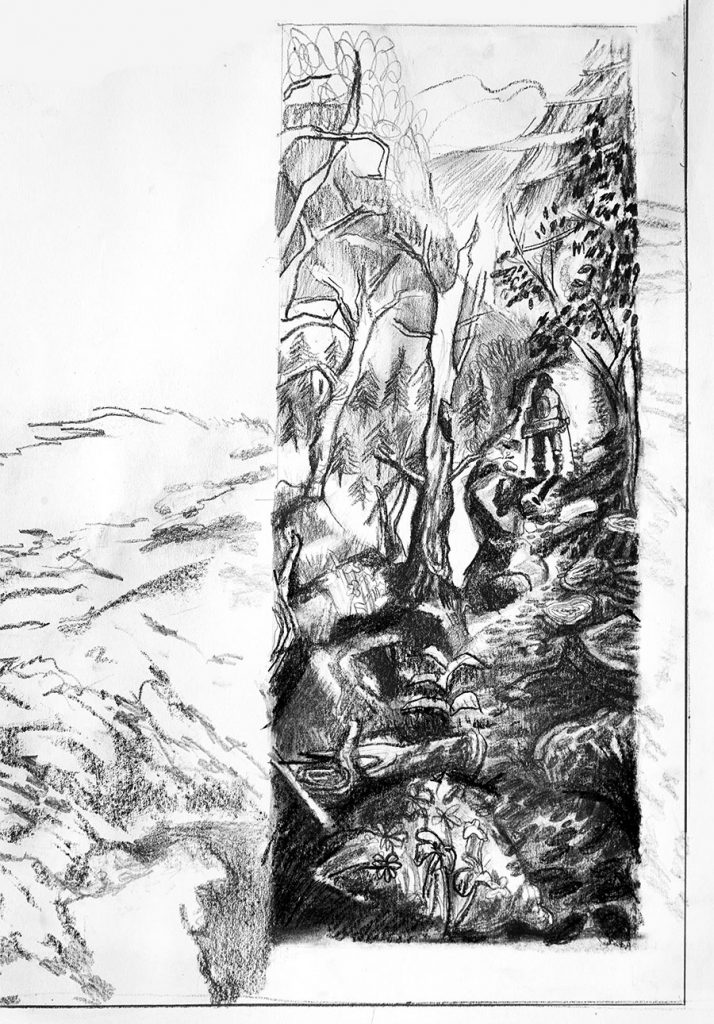 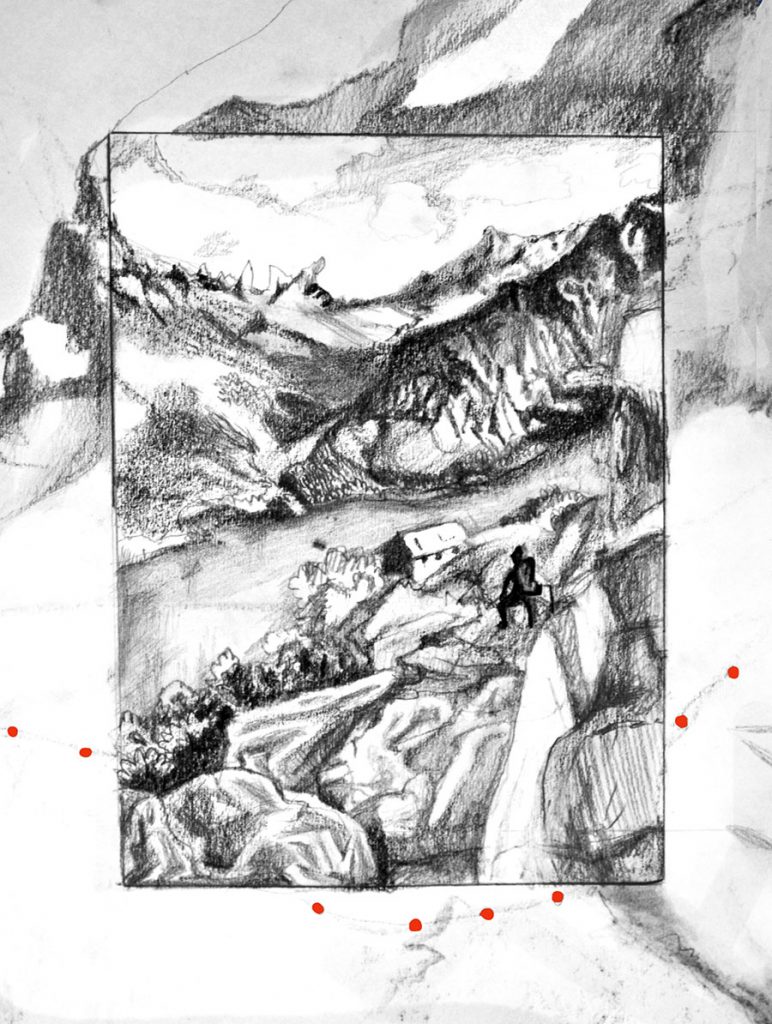